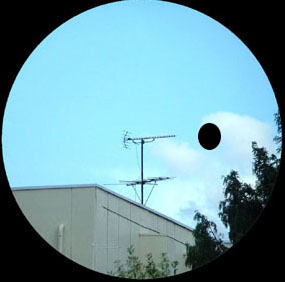 Gon, my cat is more a member of our family than just a pet. We have lived together for as long as I can remember. When I was a little girl, she was not only a good friend but also an older sister to me because I am an only child.

I don’t know when our roles changed exactly but she has come to love and rely on me, just as if I were her mother, even though she’s four years older than I. Every time I come home from school, she comes to greet me from wherever she was sleeping in the house. She doesn’t want anything from me, except to be picked up and scratched on the back while cuddling her on my lap.

Though she can’t speak, she can express herself and I can always understand her feelings by the way she meows. Especially when she is “purrfectly” happy and content.

She’s 17 cat years old, which is the equivalent to 80 or more human years. She’s not as fast as she used to be, but she’s still very agile. She can jump up on the chair next to mine when she wants to be petted. Now just imagine an 80-year-old woman jumping as high as her own height, that’s a pretty amazing thing to do, don’t you think?

When I study late into the night or when I’m sick she watches me and never leaves my side.

This is why she is so special to me. What an amazing creature!

You’re probably wondering why “she” is called” Gon”. Well, my mother was still living with her family, when one day one of her piano students gave her the cutest little kitten. My mom’s younger sister mischievously named her”Gonzaemon” which happens to be an old fashion name for a male cat in Japan, and since then she’s been known as “Gon”! Gon gave birth to several kittens, and my mother chose the most handsome kitten and named him”Leo” and gave the rest away.

Soon after that my mom decided to marry my dad and she thought it would be too much to ask him if she could bring two cats with her into their new home. So she decided to leave Gon and her son with her parents in Shimane Prefecture.

However after a few months, she told my dad how much she missed her cats and how worried she was about them because her parents really didn’t like animals all that much. My dad immediately understood her feelings and they drove 5 hours one way just to pick up the cats!

Leo was no longer there but Gon was and my mother remembers that it was like she had been waiting for her to come back to take her home.

Her new life with my parents was about to be disrupted again, though. A little more than a year after she came to live with them, my parents were expecting me. Just a few months before I was born my mom became very anxious about whether or not a cat was a good thing to have around a new baby so Gon was sent to live with my aunt.

Gon finally came back to live with us after I became a year old. We haven’t been separated since then and never will be again. I still feel a bit guilty for what she went through because of me and I intend to stay by her side and make her last years, her best years.